Single Elimination — the system of holding tournaments in the playoff mode, when one of the teams is eliminated from the competition after the first defea 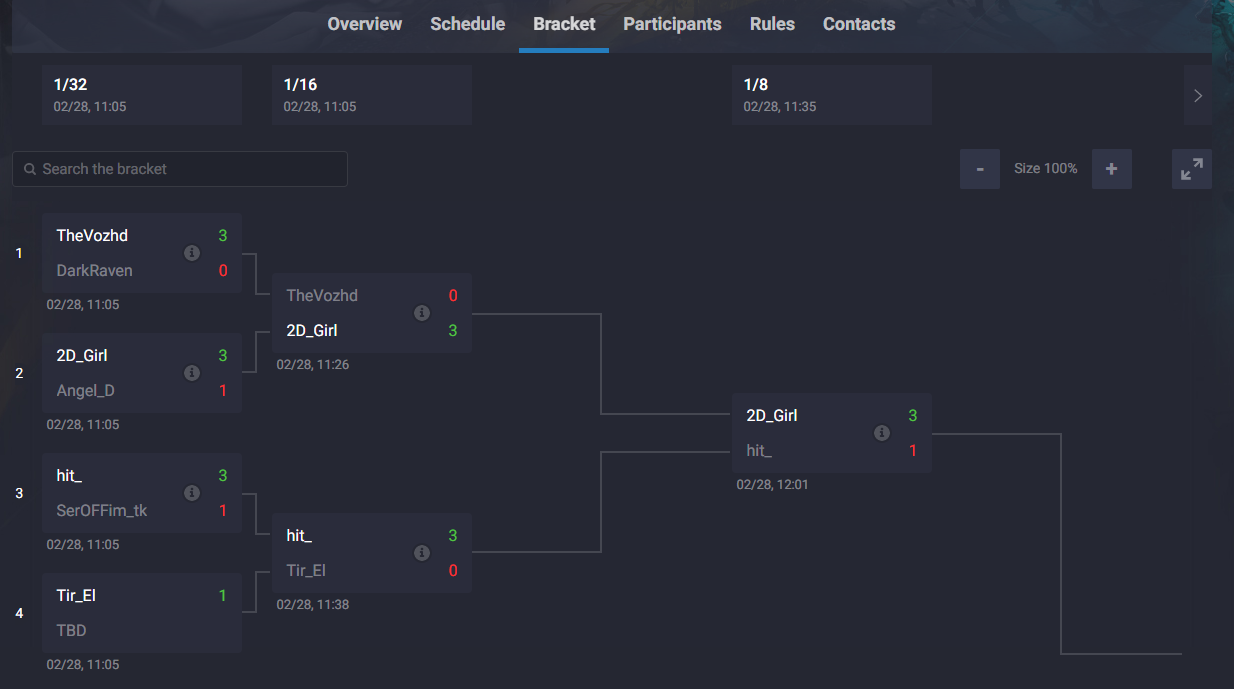 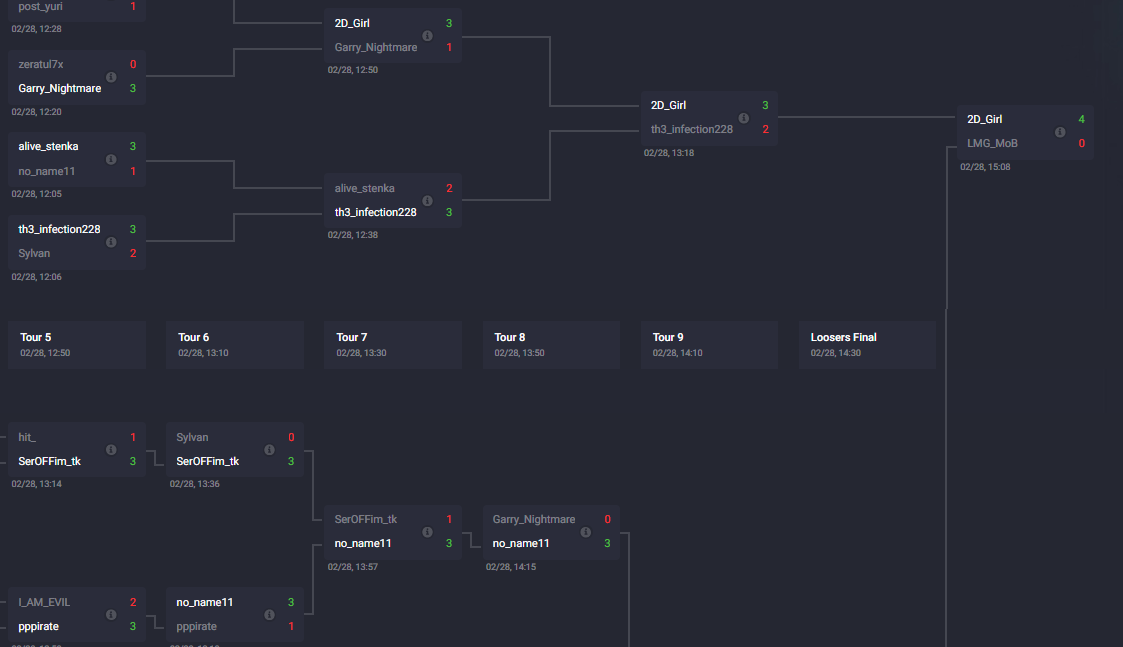 Robin Round — a rally system in which the participant meets each opponent in turn during a round or round. At the end of all matches, the total number of points scored is summed up: for victories, draws and defeats. The teams with the most points become the winners.

The total number of laps, points for wins, draws, losses in a tournament are determined by the tournament organizer.

FFA (Free For All) — a tournament system in which a participant continues to fight or drops out of the competition after the total score for the matches played. Points determine the place of the team in the overall standings.

A round consists of an indefinite number of matches where the winners are determined by scoring the total number of kills and the place in the game. 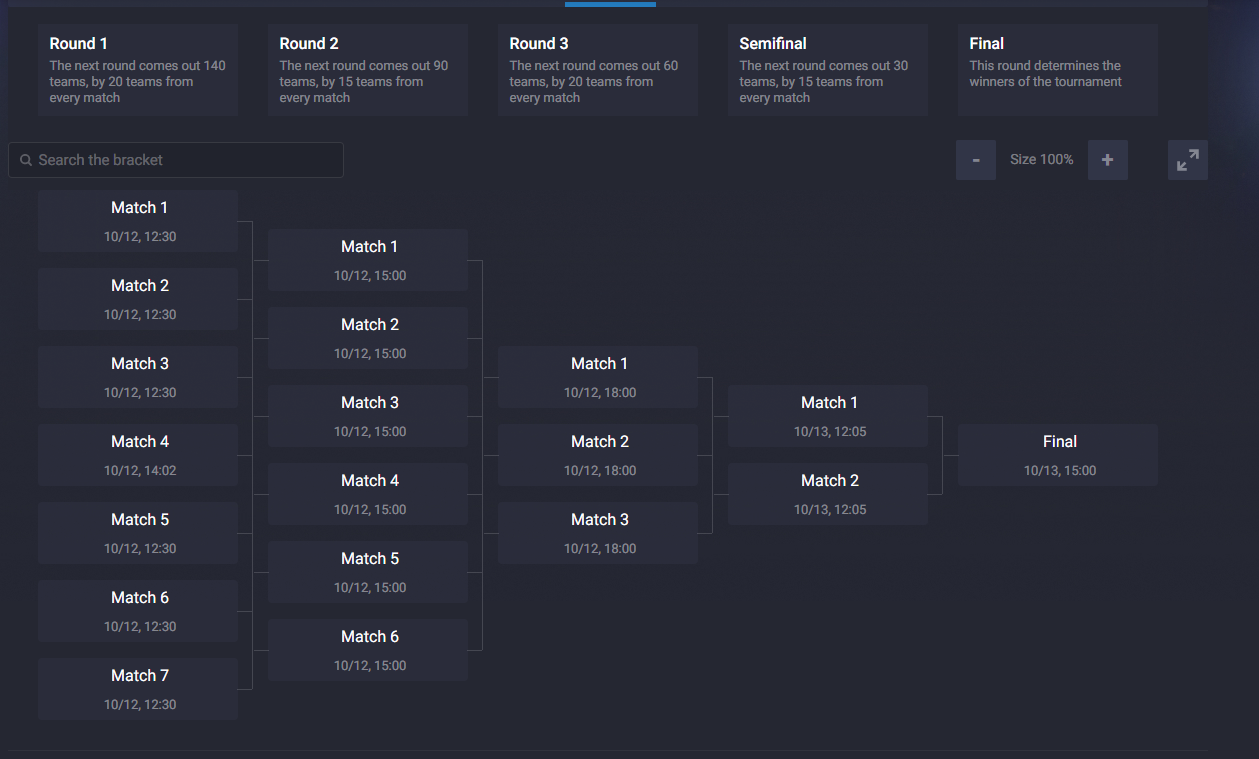 Rating tournament — These are meetings between players / teams, where the participants play a certain amount of time, set by the organizer, without a limit on the number of matches played.

The rating coefficient of the system generates pairs at random, taking into account the level of the teams' play by the number of points scored. The points that the team has, affect the future opponent and the difference between the points received or lost. 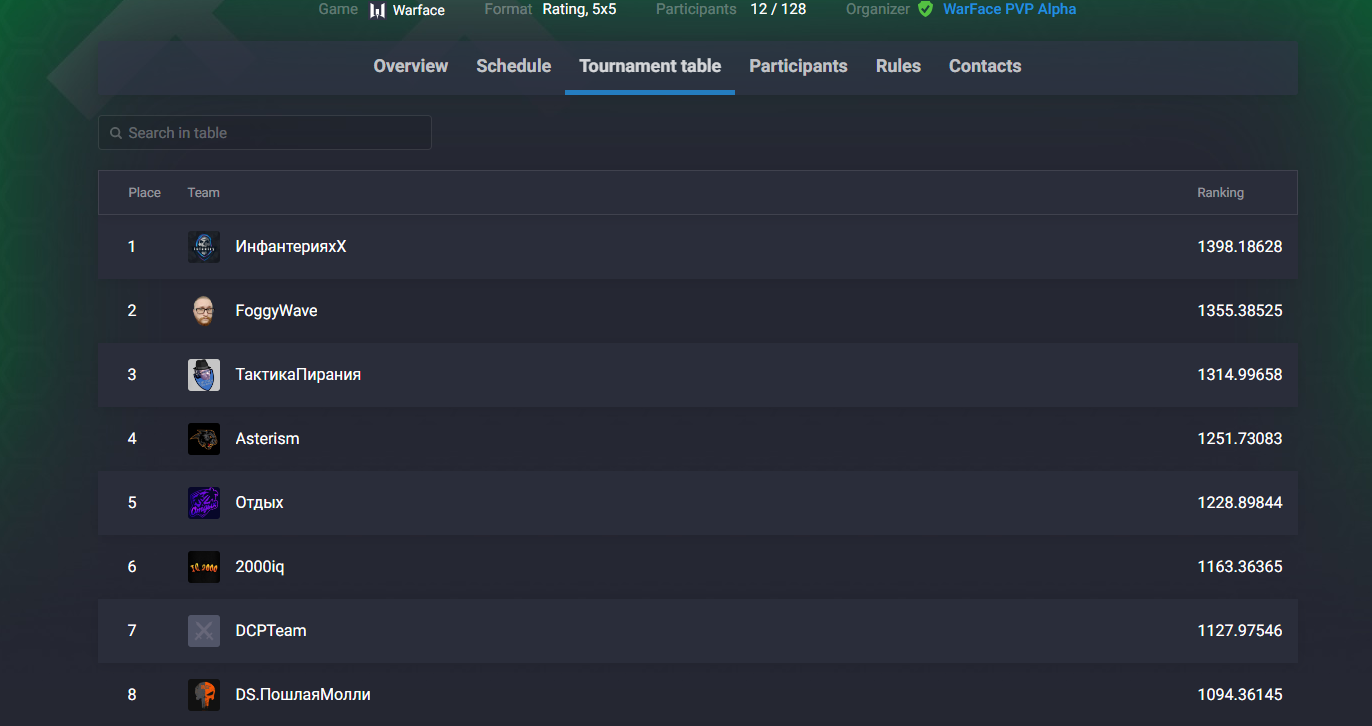 About tournaments
How to participate in tournaments Carrying out systems Tournament page description Improving the platform!